“The establishment of the Hungarian Hydrocarbon Stockpiling Association brought into existence the golden mean between the efficiency of market players and the stability of government institutions.” 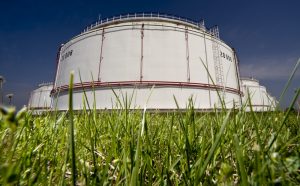 The formation of the Crude Oil and Petroleum Product Stockpiling Association, the legal predecessor of the Hungarian Hydrocarbon Stockpiling Association (the Association or HUSA) was set out by Act No. XLIX of 1993 on the strategic stockpiling of imported crude oil and petroleum products (currently in effect as Act No. XXIII of 2003 on the strategic stockpiling of imported crude oil and petroleum products) in order to ensure the availability of sufficient volume of strategic crude oil stocks in Hungary in the event of a supply disruption. The emergency storage of natural gas is prescribed by Act No. XXVI of 2006 on the strategic stockpiling of natural gas. The Association is responsible for the creation and maintenance of the level of strategic stocks laid down by the aforementioned two acts as well as providing for the necessary conditions. Apart from stockholding, HUSA conducts an especially limited range of activities, the possible proceeds thereof must be fully utilised to finance its duties. The Association performs its core activity and non-core activities via its own organisation and the organisations established by it. The supervision of the Association is exercised by the minister in charge of energy affairs.

Therefore, the Association is a special and unique legal entity established by law. HUSA fulfils its responsibilities as an autonomous body under state supervision in compliance with industry self-governance regulated and supported by prominent and detailed rules.

HUSA is not a budgetary institution, as it finances its operation from own resources, such as contribution fees paid by member companies, revenues derived from its operations as well as bank loans. As a result, the Association does not dispose of public funds in any form, its budget is independent of the central budget and its subsystems. In addition, the Association is not a real market player either, as the legislations governing its operation prescribe competitive neutrality, thus it must refrain from interfering in the operation of the market. The establishment of HUSA brought into existence the golden mean between the efficiency of market players and the stability of government institutions.

A special feature and substantial benefit of the strategic stockpiling system is that the expenses of energy security appear in the related fees in the form of moderate, affordable, spread-out charges providing security against supply disruptions, which would incur significantly greater costs in case they should eventually arise.