History of the Strategic Stockpiling of Crude Oil and Petroleum Products

Fossil fuels with crude oil in particular, play a vital role in the global energy supply. Nevertheless, supply and demand are concentrated in different geographical locations, thus it is crucial for import dependent countries to guarantee security of supply. In response to the first global oil shock, the need for the stockpiling of crude oil and petroleum products emerged in developed industrialised countries that recognised the necessity of constituting emergency stocks under controlled and harmonised circumstances in order to reduce their dependence on oil shipments. From the mid-1970s, the practice of competitively neutral strategic stockpiling was created in Western Europe, subsequently in the United States and Japan following the establishment of the International Energy Agency (IEA).

The volume of strategic stocks of crude oil and petroleum products

Even though the Oil Stockpiling Act has been amended on several occasions since the foundation of the Association over twenty years ago, Act No. XXIII of 2013, which ensures conformity with the relevant European Union directive, is in force, and the legislation has not changed in its fundamental principles as in the event of an emergency, the continuous supply of the country is secured from the strategic reserves. The release of strategic stocks falls within the scope of the minister in charge of energy affairs (the Minister), who exercises supervision over the Association. 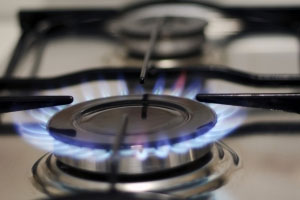 In Hungary, natural gas is a predominant energy source, its share in the domestic primary energy supply is around 32%. However, Hungary is able to cover only approximately 20% of its natural gas demand from domestic resources, whereas the major part is constituted by imports. Natural gas is transmitted to Hungary through two major pipelines, one carrying Russian gas through Ukraine and the other one via Austria creating strong dependency on Russian gas imports. The negative impact of import dependency can be offset in two ways, namely, with the diversification of natural gas sources and with the establishment of spare storage capacities.

In January 2006, a few days’ gas supply interruption due to the gas dispute between Russia and Ukraine clearly demonstrated that Hungary’s energy supply is heavily dependent on natural gas. Subsequently, in February 2006, at an unprecedented pace, the Hungarian Parliament unanimously adopted and enacted Act No. XXVI of 2006 on the strategic stockpiling of natural gas (the Gas Stockpiling Act) assigning the Association for the creation and maintenance of the strategic gas stocks with a mobile capacity of 1 200 mcm and a peak withdrawal capacity of 20 mcm/day. At the same time, the former name of the Association (CPSA) was modified to Hungarian Hydrocarbon Stockpiling Association (HUSA). In accordance with the statutory requirements, the Association published a call for tenders for the implementation of an underground gas storage facility. The gas storage facility of MMBF Földgáztároló Zrt. (MMBF) was established in Szőreg in record time with a construction period of solely two and a half years. The storage facility has been operating since 2010 with a mobile capacity of 1 900 mcm and a peak capacity of 25 mcm/day. Apart from its primary objective to ensure the availability of strategic stocks, it also facilitates the storage of commercial stocks.

The current market-based system is favourable for HUSA. Investment costs were considerably reduced owing to the construction of a commercial storage capacity parallel to the strategic storage facility. Furthermore, as owner of MMBF, the Association receives a dividend from the revenues of MMBF derived from its commercial storage activity. The Association, engaged in stockpiling, covers the maintenance costs of the strategic natural gas stocks, including booking fees of the required storage capacity, funding needs and operational expenses, from the contribution fees paid by the players of the natural gas market defined in the Gas Stockpiling Act.